Managing an event’s audio plan and partnering with AV vendors is a regular part of every Meeting Planner’s job. So why not get to know the audio world a little more? This Understanding Audio series will help you better articulate exactly what equipment you want and comprehensively understand vendor quotes.

AudioVisual services account for $23 billion a year in the U.S., which averages to $92 per participant or 14% of your gross meeting production expenditure. Make sure your AV spend goes as far as it can by confirming that your vendors have the capabilities to execute your event’s requirements. Request the following during your vendor selection process:

All audio systems serve the same purpose—audio signals are mixed and routed to a set of outputs, usually for amplification. The speakers are the part you usually see, but they are the end of an audio signal chain that includes many other components and one or more technical operators.

You probably have seen a variety of audio systems at your job, from small one-speaker systems playing low music at a cocktail hour to powerful line arrays delivering crystal-clear audio to large spaces. You may have a small version of an audio system in your home—an iPhone driving a Bluetooth speaker operates on the same principles as the largest systems. In this example, the signal originates with an app like Spotify or Apple Music. You use the volume control in the app or on your device to adjust the level of the signal and the speaker has a built-in amplifier that drives the output (in this case, the amplifier is a vibrating speaker cone).

AV vendors scale up this basic idea to ensure that everyone in your meeting room can hear. For example, a small 65-person room may have multiple sources of audio: microphones, computers playing video clips, sounds embedded into PowerPoint or Keynote slides, music while presenters enter and exit the stage, and more. Each sound element needs to go through an audio system so every attendee can hear what’s happening.

What are the Components of an Audio System?

Here’s a more in depth look at each piece:

An audio source is anything that generates an audio signal. In our iPhone/Bluetooth speaker example, the iPhone (or Android device) is the source. In meeting rooms, typical sources include presenter microphones, Q&A microphones, PowerPoint or Keynote presentations with audio, video clips with sound, or music for presenters to enter and exit the stage. In more complex applications, audio sources can also include webcasts, conference calls and videoconferencing. Musical acts have a lot of audio sources, from multiple microphones to a variety of instruments.

The mixing console manages and balances your audio sources. Consoles serve a variety of functions when it comes to shaping and manipulating sound. Consoles can contain built-in tools such as compression or equalization, but their most basic function is to manage the “levels” of different signals. The sources are mixed and balanced by the console, which sends its output to the speakers.

Many venues and hotel ballrooms have some form of a “house” sound system: preinstalled speakers (usually in the ceiling of the room) driven and balanced by a built-in amplifier and mixer. While house sound systems are convenient, their quality is often less than ideal. House systems can suffer from a variety of problems including poor sound (static, buzzing, cutting in and out), feedback from improper room equalization, and other audio issues. It is hard to assess how well a house sound system has been installed and maintained.

If you’re planning an audio-critical meeting, external speakers are a better choice. External speakers brought in by a vendor will generally give you a much better sound quality and allow for a greater range of adjustments in the signal output. They can be set up in areas of the room that provide the greatest coverage and the speaker placement can be adjusted to make sure all attendees are able to clearly hear. External speakers also make it far easier to control feedback in challenging rooms and venues.

Some meetings only need a “set-and-forget” audio system; picture a single microphone on a podium in a meeting room that can be pre-adjusted to the correct level. However, you’ll need at least one operator once the system starts growing in complexity. This operator, a trained audio engineer, will take charge and own all aspects of the program involving the audio system, including rehearsing cues for video or audio playback, managing proper setup and testing, and running the system during the meeting. The Audio Engineer or an Assistant Engineer will also explain how to use microphones correctly to your presenters and attach and position their lavalier mics (small body microphones). 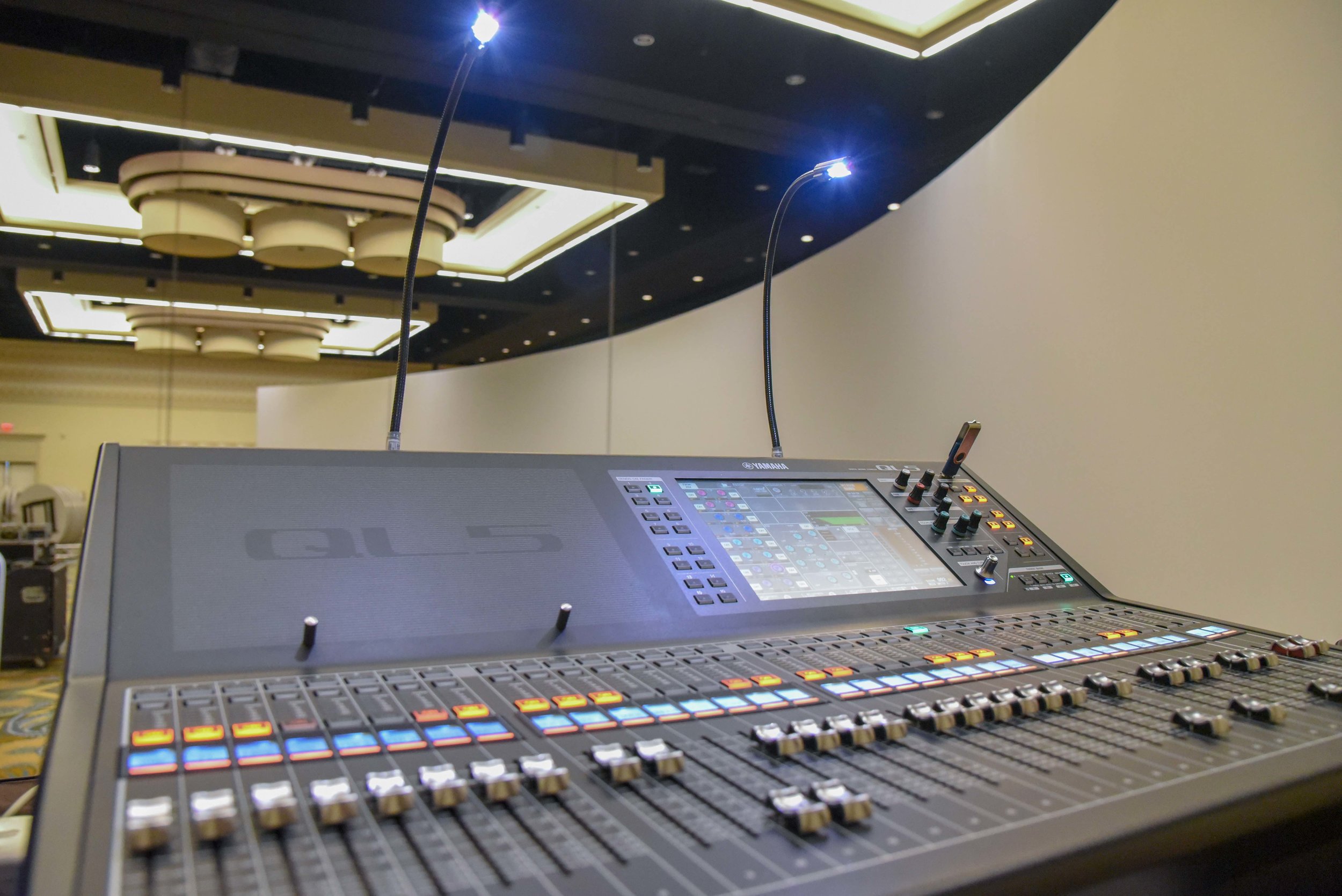 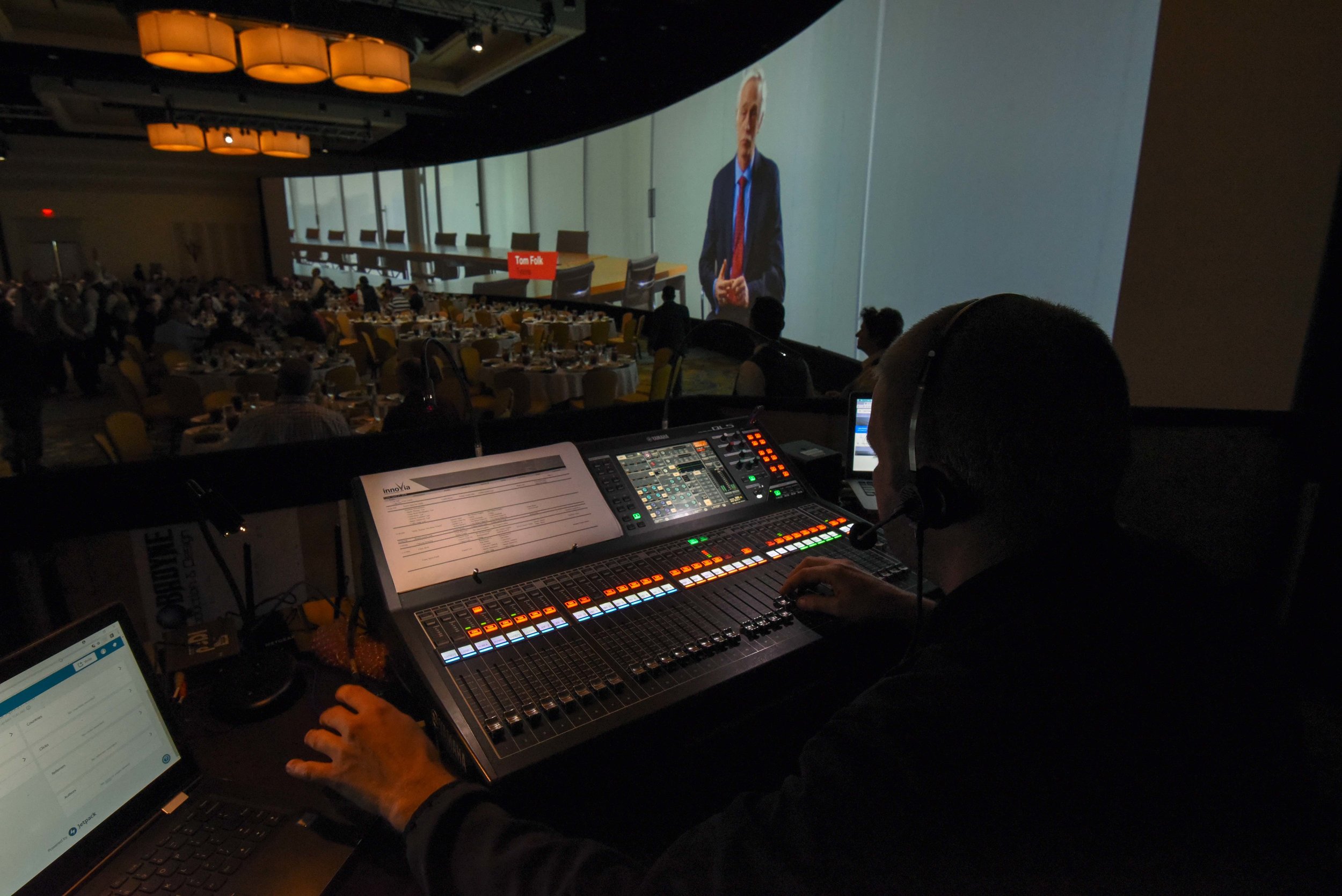 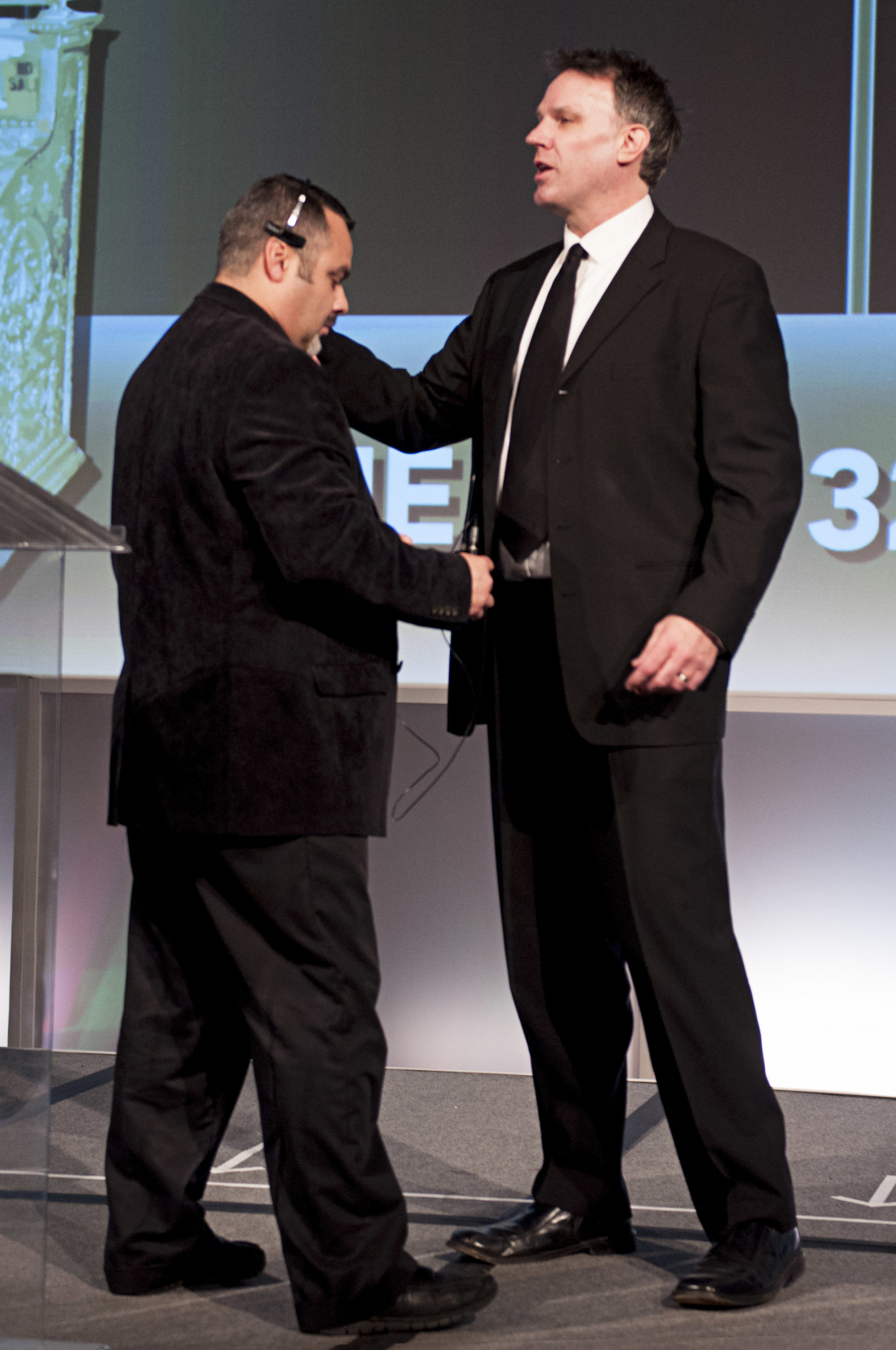 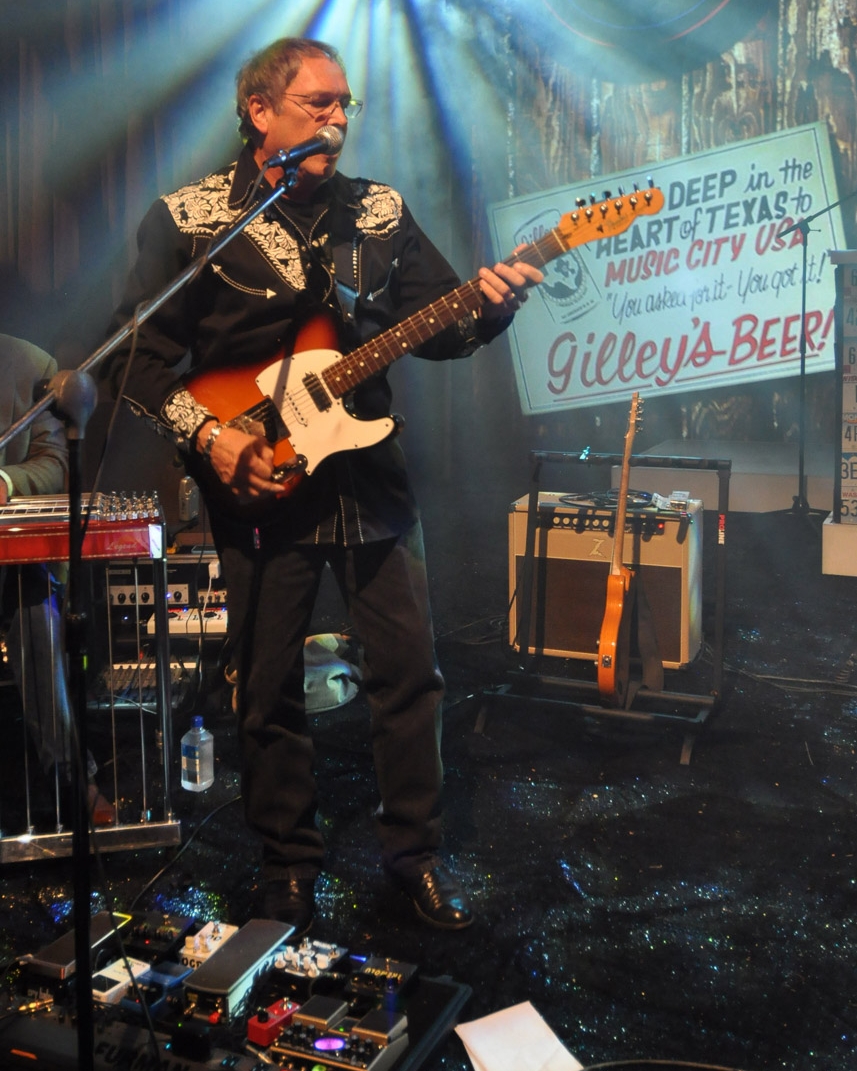